Leading Up to Bone Marrow Transplant. 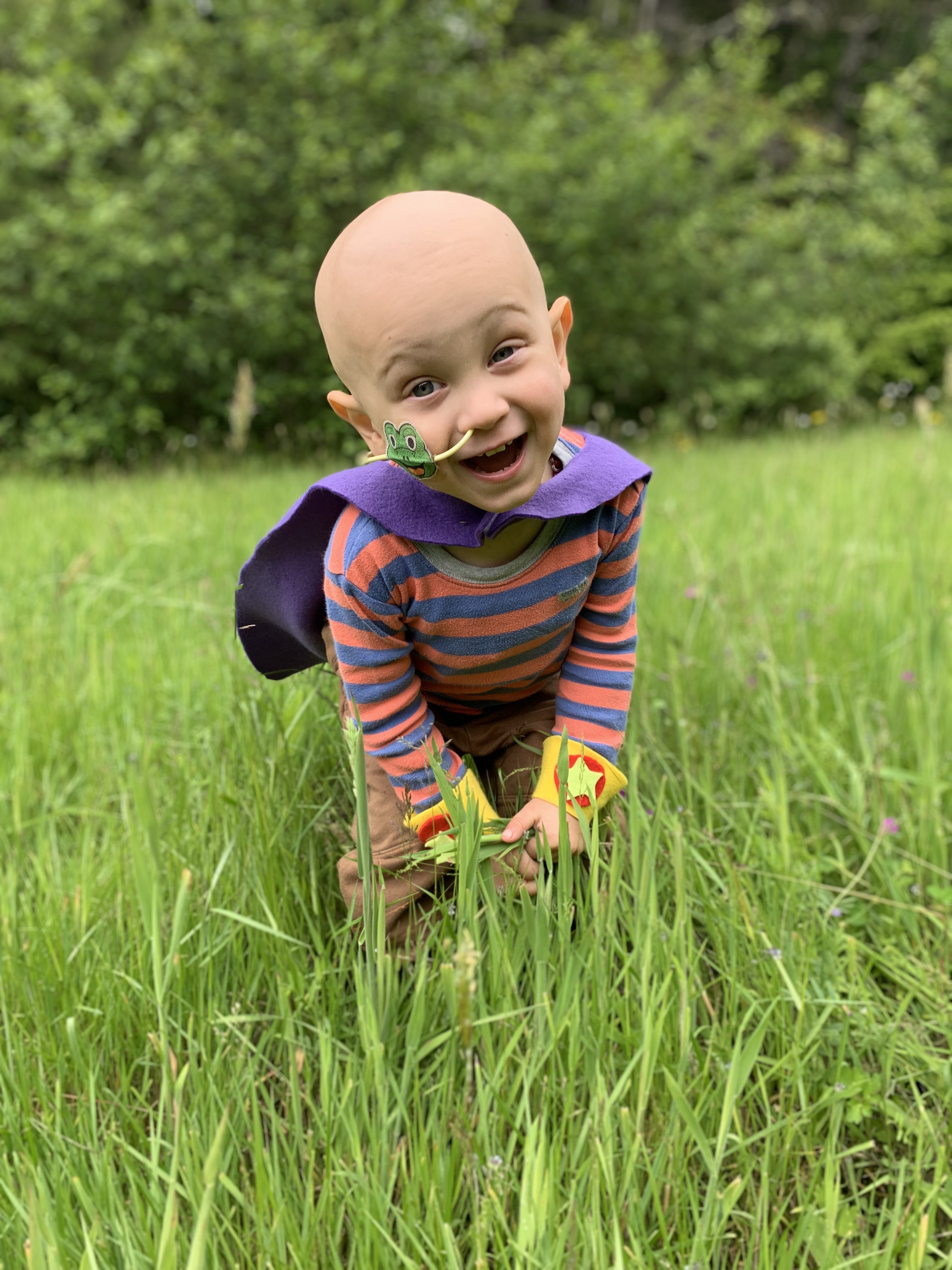 Well, here we are, inpatient for Uriah’s stem cell transplant. Perhaps I’ll do a what has happened post and then a what’s going on now post?

It’s been three months since I last posted and we’ve been as busy ever.

Sorry, I guess, that I haven’t done more updates. It just been too crazy.

So, what has happened over the last few months?

Uriah has completed 6 rounds of chemotherapy. He had his tumor removal surgery and he had all new sets of scans and tests completed prepping for the stem cell transplant with high dose myeloablative chemotherapy.

There have been a few hiccups along the way, some more unplanned admissions, unplanned procedures and so on, but largely he’s done quite well.

Due to some bowel issues and poor nutritional status, we were in the hospital for about a week in early April before the tumor removal surgery and got to leave for a few days just to get out of the hospital before surgery took place. They ended up pushing the surgery back by 3 days to allow more time for him to get well and fit for the surgery.

Tumor had shrunk significantly after the chemo. After 4 rounds, when they re-scanned and planned for surgery, the volume had decreased almost 95% going in to surgery.

Surgery took about 6 hours. It was super stressful as parents, but there were no major complications and they were able to remove about 90% of the remaining tumor and spared his kidney, though he did lose one adrenal gland (or what was left of it that cancer hadn’t destroyed).

The 10% they couldn’t remove (of what was left) was due to it being highly involved with the blood vessels of the kidney. He would have lost the kidney too if they took it all.

Pathology on the removed tumor came back that it was roughly 95% necrotic and the remaining was matured disease, or ganglioneuroblastoma, which does not metastasize. We learned later that a second pathologist looked at it and did find some extremely minimal trace neuroblastoma cells, but, not enough to be considered significant.

All in all, tumor removal surgery was a great success.

Uriah went to the ICU for one night after surgery and then he completed recovery on the oncology unit. I’ve forgotten how long we were there for the recovery, but I think it was 8 nights/9 days.

We got to go home again, for 2 whole nights, between surgery and chemo round 6. That was a nice distraction, the weather was good, and Uriah really enjoyed being home.

Chemo round 6 went fairly smooth until that last moment…

On our way out the door, as they flushed Uriah’s tricky central IV line and prepped for us to walk out the door (we literally had everything packed and would have been in the car in ten minutes)… his central line failed.

The line started shooting saline out the side. In theory, that meant it could have started leaking blood too. The opening could also allow all manner of nasties to get in.

This set off a cascade of events and confusion that ultimately ended in two surgeries. One to remove the failed line and another to get a new one placed in.

Initially they tried to repair the failure, but that didn’t work. It wasn’t surprising that the fix didn’t work because there had always been a tight curved/kinked portion of the line in Uriah’s neck. It needed more pressure than normal to flush, so that extra pressure to overcome the kink “blew out” the repaired portion, and is likely also the reason the line failed when and where it did.

There was a lot more that went on leading up to that, but it was all so distressing and communication with hospital staff was so bad, I really don’t care to rehash it.

Ultimately there was a sedated procedure to remove the faulty line, and then another procedure the next day to put a new Hickman, central line, double lumen catheter on the other side of his chest. In the midst of this, as he didn’t have his main line, he had to get a peripheral IV for a few days.

They couldn’t get it in the normal spot in the internal jugular vein. Instead, it was placed in the external jugular. It’s a bit more noticeable to touch and he can feel cold fluids run through it.

It may not seem like a huge deal, but the surgeon told us there are really on 6 veins they can use for these lines and once used, it can’t be used again for two years.

The next few weeks were many tests and procedures to determine the status of his body and his cancer before transplant. And, ultimately, to see if he was fit for transplant and transplant was likely to be of benefit.

Had the cancer not responded, or had his body not held up, we may have had to consider other options.

These two points mean, his body can safely handle the highest doses of chemo necessary for his transplant. Also, they wouldn’t need to reduce any of the doses, potentially leading to a less optimal transplant outcome/killing of maximum cancer cells. But, that also means he gets the full dose of toxicity possible.

So, basically, Uriah’s body has held up remarkably well and there was no current evidence of any more existing disease. It was all the best news we could hope for.

Another note about the clear MIBG scan, this is also great, because it means, with no active cancer activity in the body, Uriah will only need radiation to the area of the original tumor and spots where the tumor couldn’t be fully removed during surgery.

Given that only the primary tumor around the adrenal gland and kidney could be removed, we were relying fulling on chemotherapy and radiation to take care of all the other various lesions in his body. Spine, various bones, sinuses in his head and so on. I really don’t know how many lesions he had… it was always to distressing to think of it and inquire. But there were A LOT. As it appears that 6 rounds of chemo took care of everything, that means those sites do not need additional radiation.

Radiation comes with its own list of nasty short term and long term side effects. If he had had it on his spine, it would effect how tall he ever gets. In his sinuses, he could suffer chronic dry mouth and it would further impact the health and growth of his adult teeth (which chemo will already cause many problems for) and may have effected some level brain development. It’s really hard to say how it all would effect him. But, at least now he will get only the very minimal doses needed.

We’re still waiting to determine if we will be going to Seattle for a less common kind of radiation that may reduce the risk of future cancers but is hard to get approval and “beam time” for outside of the most needed cancer cases.

Immediately after our oncology team meeting we met with the transplant team to discuss his admission for transplant one week later.

A “big party at the museum for Uriah”

THEN, boy that was a long day, and I’m glad we got good news, we headed to the Oregon Museum of Science and Industry (OMSI) for the Children’s Cancer Association (CCA) Celebration of Courage event.

Uriah was nominated and selected as one of the twelve CCA 2019 “CCA Heroes.” This was the event to honor those 12 kids and Uriah had a lot of fun at “the big party at the museum just for him!”

We drove back home to the coast that night, and got to spend a nice 5 day stretch there. It was a longest period home, and only the 3rd time home.

Hank our dog was there. It was a little cool and rainy so we didn’t get as much time outside as we would have liked. But it was really nice to be home and Uriah seemed so relaxed.

It was just enough time to start to feel a little bit comfortable and like we were really back home. Too much of a good thing perhaps. And Uriah was eating! I had to make two batches of my kale and white bean soup and he was eating it up! He got so mad when we eventually came back to the hosptial and I didn’t have any more to offer him.

We drove back the day before his admission for high-dose chemo and transplant… and that’s where we’re at today.

I’ll get back with an update on that soon, hopefully.

6 thoughts on “Leading Up to Bone Marrow Transplant.”