Prepping for Chemo 3 and Birthday 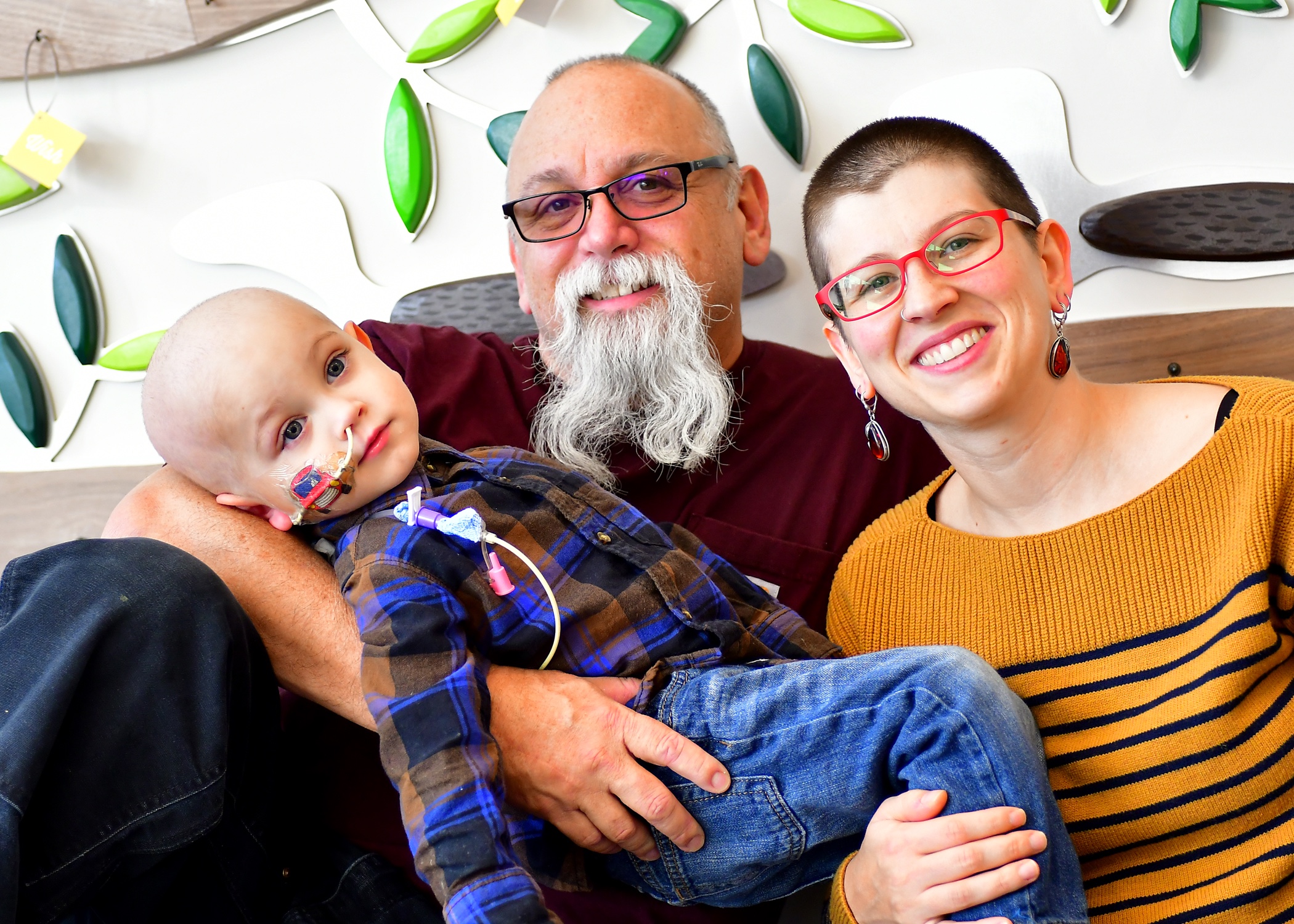 It seems that the update schedule for Uriah will fall in line with his chemotherapy cycles.

Sorry, I really should try to keep this site updated more often.  It’s truly amazing how busy we feel with all of this. A lot of it is probably pure exhaustion.

Life has seemed to be a bit of a whirlwind!

Now, Uriah has just about ready for chemo round three.

Scroll to bottom for photos!

We’ve raised some money through the PayPal links and in the “how to help” section of the website I included links for people to shop via Amazon, where we make a little bit of the sales price. If someone goes to Amazon by clicking our link and then shops as normal, we make a tiny bit of the sales price! Not much, but it’s free, so please, find that to do your Amazon shopping!

After much prompting by friends and family, we also setup an Amazon wish-list. Don’t be surprised if you look and don’t see a whole lot on it. We’re not a very needy family as far as consumables go. I’m trying to remember to put things we might need to buy soon up there. Also, what I did put up in prep for Uriah’s Birthday was pretty quickly purchased!

After round two we discharged out of the hospital.  We have been spending most of our time at Ronald McDonald house or a friends family members house nearby.

Amazingly, we have felt busier being out of the hospital than when we were in the hospital, if that’s even possible.

Ronald Mcdonald house in as interesting place.  I have mixed feelings on many aspects on much of it, that I will keep to myself.

Some good things are that it’s a beautiful new facility.  There’s also a variety of activities available when we feel safe to do them (white counts up).

More Ways to Get Updates

I gave up and made a Facebook page.  You’ll likely see more photos there (and videos, since I haven’t found out how to easily integrate videos on this website yet, aside from making a YouTube).  There’s just been too much to keep up with, and so many requests from friends and family for something that integrates with how they use the internet the most, which for many is Facebook.

If you’re looking for that, search for Uriah’s Fight on Facebook.

After we discharged from chemo round two, we had a small emergency where we had to go to the emergency room.  That wasn’t very fun… or confidence inspiring. Luckily it turned out to be nothing. Uriah had started to get chills and very drowsy after his first outpatient clinic visit where he also got an injection to stimulate his bone marrow production.  But, it all settled down by the time we got to the ER. Chills could mean infection, so they told us to go there. Things you take for granted when healthy are “emergencies” now.

I’m glad to report that was our only real scare.  And, between rounds he hasn’t needed any outpatient transfusions.  We have just kept busy and tried to transition to our new life in Portland outside of the hospital.

At Ronald McDonald House Uriah was able to do a few cool things.  He participated in the Pile of Puppies program there. This time, it was basketball players from the Portland Trailblazers team and they played with the kids and some really cute boxer puppies.  Check out some video here.

There was also a photographer who offered his time and came and did a little photoshoot of our family.  See the end for photos!

Uriah also took part in the “Kilts for Kids” photoshoot at Ronald Mcdonald House- it’s one of their annual charity ventures.  I don’t know what they are going to do with his photos, but we got a couple cut ones (asked them to send to us) out of it.

He was also given some tickets to Sesame Street Live by the child development people at the hospital.  We went to that – it was his first live event and our first big outing in public. He hasn’t really watched much Sesame Street, so a lot of it was new to him.  But I know he had fun, because he told everyone for the rest of the day that “he had a really big good time.”

Thinking about our Make a Wish Request

At Ronald Mcdonald House, Uriah’s favorite thing to do is hang out in the music room with the keyboards and karaoke machine.  Which led us to decide that our Make a Wish request is a fitted music studio. Unfortunately, we’ve already heard back regarding that, and Make a Wish can’t do anything that requires building permits.  We’ve asked to hold off on our wish so we can see if anything can be done to get a building done at home that would suit the music studio. We wanted something large enough to accommodate a full band setup, with some storage and space for us to hang out and enjoy it with him.

We’ve been able to go visit our one set of family in Portland a few times. We also took Uriah to the hardware store, which is quite exciting to him. Small pleasures in life are important! He spent an hour playing on the lawnmowers, checking out the chainsaws and naming more tools than I thought he knew.

We had plans to take Uriah out to see snow, but we didn’t end up needing to work very hard at that as snow came to us in Portland!  He was really excited and we got to do a little bit of sledding. A few days later he got to have a snowball fight too.

A friend of ours who owns a brewery back home in Yachats was a main beer vendor for “The One Moto Show” in Portland, so he got us passes for a few hours.  Uriah had a GREAT time and now wants a mini chopper. He looked super cool in his vintage suede and lambswool vest (something we’ve had for a long time).

We had wanted to try and get home for a week or so in the middle of all this, but the only window we had coincided with the snow.  As I still need tires, we decided it was best for me and Uriah to stay in Portland. Dad, Glen, got a ride home with a friend and was able to pickup a few things (like that sweet leather vest).  Clean out our moldy fridge, and get things setup for some friends who are going to be taking care of Hank our dog so he can finally move out of the kennel (thank you so much friends! Hank thanks you too!).

Friends In Many Places

Also, on February 9th they held a benefit for Uriah back home in Yachats. I’m amazed at the friends – new and old – who came together to pull this off. They had a silent auction, taco bar, cake walk and a few of Uriah’s favorite local musicians.  Too bad he couldn’t make it.

They also did a write-up in the local newspaper which you can see here.

They helped raised a good sum of money that will make our stresses and the lack of regular work a bit easier to weather for a bit longer.

We’ve been surprised and grateful at the amount of people offering to help, bring us things from home, lend an ear etc.  So many offers that we have to turn people down! Please, anyone reading, know that your thoughts and offers are highly appreciated.

And, since I’m writing this, even though I’ve said it in some other formats, we sincerely thank everyone who has helped, in all the various ways.  It’s too many people to keep up with or personally thank under normal circumstances, let alone with our busy schedule right now. Just know we are so grateful.

And –  back to Uriah…  he really is doing great right now.  Things aren’t perfect, but his spirits and energy are good and he’s enjoying life as best he can.  He does ask to go home and see Hank, which is hard to address, but overall he’s doing as well as we could hope right now.

We’d like to, but, aside from that one gap which got shutdown due to snow we just really don’t know when it’s supposed to happen. Maybe we’ll have another window in Mid March. I’m really hoping we can take advantage of that, because at least for Uriah, there probably won’t be another chance until after tumor removal surgery, stem cell transplant and radiation… at least not until June. That’s the heartbreaking part.

He really doesn’t care about all this excitement. Yes, it’s good to keep busy, but we would all much rather be sitting in front of our wood stove, hanging in the garden and being lazy on our couch. All this big city stuff isn’t really our style.. it’s just a good distraction when we have to be here.

2 thoughts on “Prepping for Chemo 3 and Birthday”